A walkie-talkie or 2 way radio is a battery-powered transceiver (meaning that it can both transmit and receive radio signals). Walkie-talkies receive radio waves via an antenna and can also broadcast return signals (on the same frequency) via the same device.

A walkie-talkie essentially converts incoming signal into sound and outgoing sound into signal. 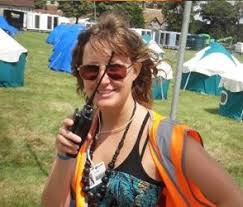 The processor, in turn, converts the impulses into a signal, which is then played back by the speakers.  This is not at all unlike the process of hearing as undertaken by the Human ear. The speakers vibrate to the same pattern as they did when the sender of the signal spoke into their own device, replicating exactly what was broadcast from their end.

For an outgoing signal, the vibrations that make up a Human voice rattle a small membrane inside the microphone. The walkie-talkie’s processor then converts those vibrations into an electrical impulse. The impulse is pushed outwards, towards the antenna, where it is transmitted over the desired audio channel. From there, the process takes place in the opposite order. It is, however, the same process every time.

Interestingly, mobile phone technology is basically the same as walkie-talkie/two-way radio technology. The major difference, however, is that whereas walkie-talkies are only have a half duplex channel (meaning that only one signal can be sent or received at any given time), mobile phones are full duplex, meaning that two signals can be sent and received simultaneously.

Another major difference is that mobiles rely on nearby cellular towers in order to get a signal, whereas walkie-talkies utilise a point-to-point system, communicating between individual handsets and also devices called ‘repeaters’, which boost overall signal strength by blocking out specific channels.

Of course, because there is only one channel featured on a walkie-talkie, only one person can speak at any given time, whereas mobile phones can broadcast conversations that are identical to those between two face-to-face people.

The success of walkie-talkies likely lies with their innate simplicity. The process by which a transceiver works is as clear and uncluttered a process as one could wish for.