Luis Enrique arrived at the Camp Nou famous for being a man that likes to take care of every tiny detail. One of the most striking techniques that the manager uses is the use of advanced technology during the game to improvise and adopt new tactics on the fly.

It is common to see Juan Carlos Unzue, his assistant manager, wearing an earpiece with which he receives vital information. But who is at the other end of this technology and what is being said?

Two people from Luis Enrique’s team position themselves higher up in the stadium. From their elevated position, Robert Moreno and Joan Barbara can see how everyone is moving around on the pitch, the spaces that are being made, the chances that might be had. With this privileged information, they speak directly to Unzue down in the dugout, who in turn talks to the Barca manager.

Barbara has known Luis Enrique since the Asturian coached Barcelona’s B team. The man’s keen eye and experience in evaluating the other team’s strengths and weaknesses are invaluable. What he thinks is relevant he tells Moreno, who passes it on directly to Unzue wearing the earpiece. 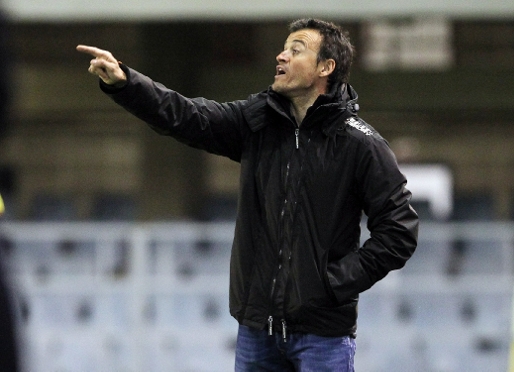 This way of working is nothing new. Guardiola used the mobile in his time at Barcelona. One of his assistants used to talk to him on the phone from high up, giving his perspective of the game. The man doing the calling was Carlos Naval. Today, Luis Enrique has now perfected the technique that he adopted when training Barca B in the 2010-11 season.