A mysterious former NASA employee, using the pseudonym Jackie (presumably for protection from the fibre optic aliens that live in the follicles of her hair) has claimed that she witnessed two astronauts walking on the surface of Mars in 1979.

According to Jackie, she was part of a downstairs team working on downlink telemetry, as it arrived from the Viking Lander. As space-enthusiasts will know, the Viking mission was totally unmanned, but it was the first vehicle to send back images from the surface of Mars.

Apparently fearing neither ridicule nor assassination by the government whose secrets she was wantonly exposing, Jackie broke her nearly 30-year silence and phoned American radio station Coast To Coast FM with her story.

âI wonder if you can solve a 27-year-old mystery for meâ she said, âThat old Viking rover was running around. Then I saw two men in space suits â not the bulky suits we normally used, but they looked protective. They came over the horizon walking to the Viking Explorer.â

Apparently, Jackie and her colleagues subsequently ran upstairs to see more, but the NASA higher-ups slammed the door in their faces and employed their special training to make sure that national security was not breached any further (e.g. they covered the window with paper so no one could see inside).

Quite how a radio DJ was supposed to clear up this mystery for her remains unclear (perhaps Jesus told her to make the call?), but, in any instance, here I am writing about this nonsense and here you are reading it, so its safe to say that Jackie got what she wanted.

Of course, conspiracy theorists, who never require even a shred of hard evidence to back up their ridiculous claims (and for whom the term Occamâs Razor apparently denotes some sort of shaving utensil) have latched on to the idea (I was going use the phrase gone nuts over it, but when you genuinely believe that the US President is an alien reptile, that becomes far too much of an understatement).

In fact, some nutters are already linking it to the notion that alien life forms were retrieved from a crash site in Roswell, New Mexico in 1947.

Conspiracy theories also abound that Human beings are already living on Mars, despite the fact that anyone who knows anything about space exploration will confidently tell you that this would be extremely difficult (if not impossible) to accomplish now, much less in the late 1970âs.

The greatest geniuses at NASA are working on it as I write these words, so theyâll probably be really p*ssed if it took their professional lifetimes to figure out something that had already been achieved some 30-odd years earlier…

Besides, the Viking Lander, despite being very sophisticated for its time, was still a relatively simple looking design. It seems wildly unlikely that NASA would develop futuristic super-spacesuits, but still employ bulky, moon mission looking tech for its Landers. Unless, of course, they wanted us to think that we were less advanced than we actually are…

Over the years, many supposed former NASA employees have turned up with information about the governmentâs secret deals with aliens and whatnot. In fact, if these sources are to be believed, pretty much everyone who works for NASA subsequently gains a secondary career as a whistleblower.

According to conspiracy theorists, the CIA will even go as far as to dispatch Men in Black to kill witnesses, or threaten them into silence. These M.I.Bâs (uh, here come the M.I.Bs…), however, are apparently so ineffectual that they cannot convince any of these whistle-blowers to shut the heck up. Not even when said whistleblowers show up on The Discovery Channel, their faces blacked out by green and black lighting, talking about piloting flying saucers alongside our secret alien overseers. 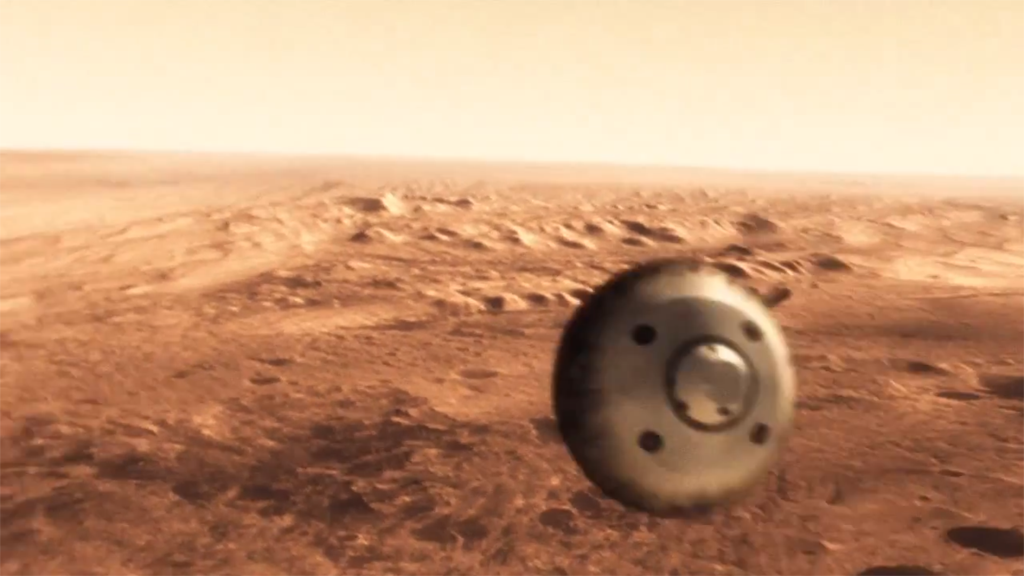 As a final thought, if you really believe that NASA faked the moon landings in 1969, are you still willing to believe that a community of Human beings now live on Mars? Just asking.