Every time a singer gets on stage, he or she wants to put on his/her best performance ever. This is why he/she will try to avoid any distraction that might otherwise affect his or her performance in a negative way. They will ensure that their concentration is really high and that they can hear themselves sing during that moment. One of the distractions that is usually in almost every concert is noise. The noise can be coming from the speakers, the echoes and even form the audience itself.

The music and the song that is normally heard when a singer is performing is referred to as house mix while the song that the singer hears from the speakers is referred to as monitor mix. Usually, a singer stands at the back of the main speakers that are normally placed in front of the audience. Most of the time especially on a big stage, the song that reaches the audience is reflected back to the stage (but not immediately). Such background music will prevent the singer from hearing his or her voice.

Stage monitors are small speakers that are directly aimed at the singer for him or her to hear himself or herself sing. Stage monitors were previously used in concerts and they are still being used on some small venues where cover bands do gigs e.g. in some private parties, bars etc. In the current concert venues, stage monitors do not work very well. This is because singers and musicians move a lot on stage when they are performing. Although the stage monitors enable the singer to hear the music on the stage, they are not as clear as personal monitors (referred to as earpieces, very different to Radio Earpieces).

Earpieces give the singer a detailed information regarding his or her performance. They make him/her hear both the song and the orchestra. They enable the singer to constantly hear his/her song regardless of his or her physical movement on the stage. This is unlike the stage monitors that usually provide the bandâs and the singerâs voice based on their distance from the speaker. With stage monitors, the sounds usually vary especially if the singer is moving all over the stage.

When a singer has the earpieces on, he gets to choose what he wants to hear. For instance if he wants to hear himself sing or even hear the lyrics, he can. The earpieces help in drowning out the background sounds like the noises made by the crowd or even those from the band. In fact on average, the earpieces can help the singer reduce the background noise by up to 30 decibels. This can extremely help the singer during the performance. 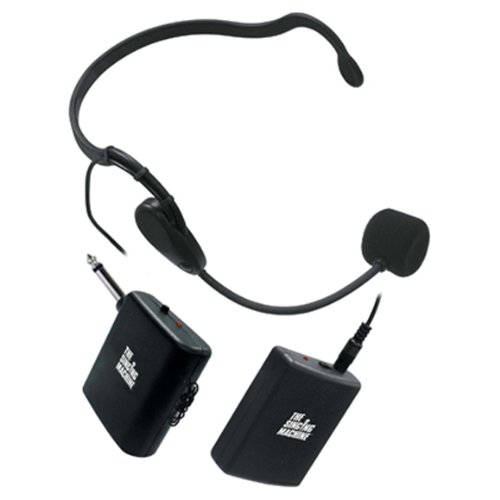 Usually, the earpieces are tailor- made to perfectly fit the singer. They also come in different styles and colors and therefore the singer can pick the one that suits his/her outfit on the stage.

The most important benefit of having the earpieces on is that, they help the singer in eliminating or reducing the echoes. In an auditorium specifically built for concerts, sounds usually radiate through the entire building when the singer is performing. The audience really enjoy the music that echoes back to the stage however, the singer can easily get confused with such echoes. Note that, by the time the echo reaches the stage, it will be one or two seconds off from what the singer is singing at that moment.

Earpieces also help in blocking the sounds that are coming from the band. The instruments are extremely loud especially those that use electric amplifiers. This noise can make it really hard for the singer to hear himself or herself sing.

The earpieces give the singer the sound feedback and therefore he/she is able to hear everything that is in the song. This makes it easier for him/her to keep on with his or her performance.

Sometimes, you may notice that some garage bands who work in small areas are not using earpieces. The members of such bands usually monitor one another while performing to ensure that they keep up and stay in tune during the performance. However in large crowds of say a 100000 people (i.e. in huge stadiums), one will definitely need earpieces otherwise he/she may not hear anything and may even end up with off key sounds.